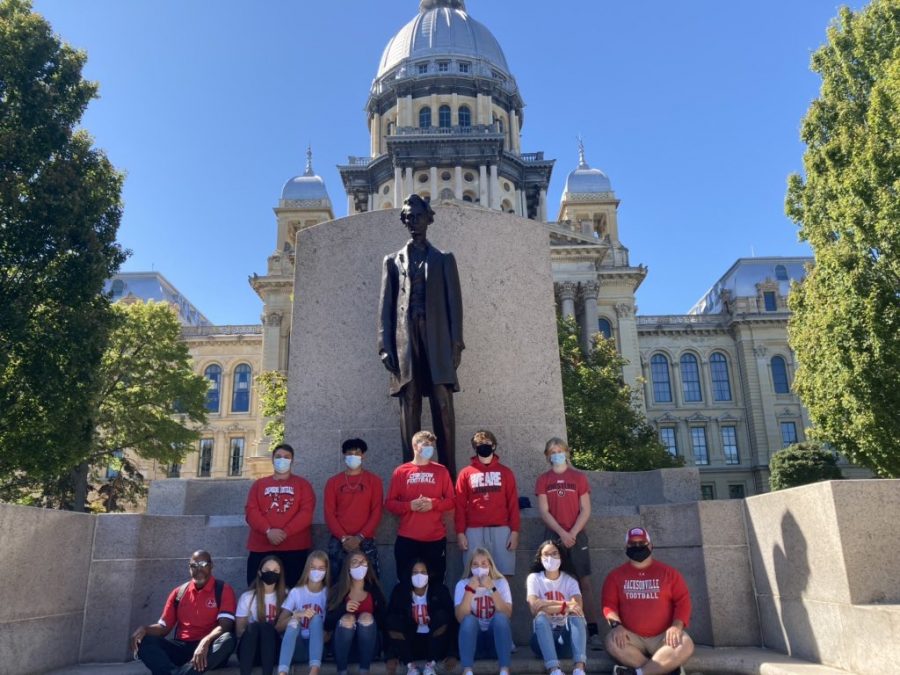 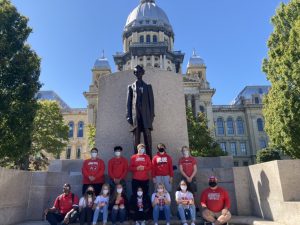 Due to the Covid-19 pandemic, fall athletes are currently sidelined from their sports. Illinois coaches and teams got the chance to rally at the capitol in Springfield on Saturday, September 19. Mark Grounds, Jacksonville High School’s head football coach and the President of Illinois High School Football Coaches Association, attended the rally and had the following to say about it. “I think it showed some unity using our constitutional right to express concern… I don’t think the governor cares that people disagree with him.” JB Pritzker has already said that he does not care that all the surrounding states are letting athletes play.  Grounds commented about the atmosphere at the rally, “There was a sense of frustration all shared, but I think there was an energy that we took to let our elected officials know that we weren’t happy and trying to invoke change.”  He wants his players to have an opportunity to play in the fall, but he will settle for the spring if he has to.

Senior Lineman Talon Ford also attended the Let Us Play rally. When asked about not being able to play football this fall, he said, “As a player I was very down about not being able to play, but looking at it now, it was better for me and my team to push the season back.” It is clear that coaches and players are disappointed that they can’t play in the fall. Ford thinks that if Covid-19 gets better that “sports will go back to their regular season.” Ford described the mood at the rally similar to Coach Grounds saying, “I think the other players felt the same as everyone else there. They wanted their season back just as much as everyone else, and most of all we felt betrayed. We have done what the governor has asked.”

The Let Us Play Rally has had an impact on the community. It’s obvious these players want to have a season. Some of these players are seniors and won’t have an opportunity to play in front of college scouts. As of right now high school athletes will have the chance to play in the spring of 2021. If Covid-19 gets worse, they might not have a season at all. Players deserve a chance to play especially if they are following all protocols, but as Grounds said, “JB Pritzker has already said that he doesn’t care that all the surrounding states are letting athletes participate in sports.” Time will only tell if athletes in winter and spring sports will get to play.